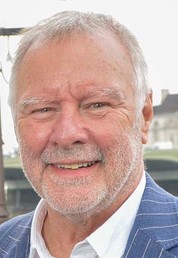 White, that one of his recent research papers* was the top downloaded article from the International Journal of Mental Health Nursing and one of the top 20 most read articles in 2017-2018.

His article traced the historical development of clinical supervision to show a creditable evidence base had accumulated to demonstrate a positive effect on supervisees. However, comparatively little research evidence has entered the public domain on any effect that clinical supervision might have on other nominated outcomes.

In Australia, developments in clinical supervision were recently prompted by initiatives at national and State levels. Since 2010, lead agencies for these have sought feedback from professional bodies and organizations on a number of inter-related draft policy documents.

His article tracked changes over time between the draft and ﬁnal versions of these documents in New South Wales, and reviewed the original sources of literature cited within them.  The strength of evidence upon which the ﬁnal published versions were reportedly predicated was scrutinized.

Upon examination, Dr White found that claims to the wider beneﬁts of clinical supervision were found to be unconvincingly supported, not least because the examples selected by the agencies from the international literature and cited in their respective documents were either silent, parsimonious, or contradictory.

He found that many claims remain at the level of folklore/hypothetical propositions, therefore, and stayed worthy of rigorous empirical testing and faithful public reporting. He acknowledged that such investigations are notoriously difﬁcult to conduct and identiﬁed noteworthy examples in the contemporary literature that signpost robust ways forward for empirical outcomes-orientated research, the ﬁndings from which might strengthen the evidence base of future policy documents.

This website uses cookies to improve your experience while you navigate through the website. Out of these, the cookies that are categorized as necessary are stored on your browser as they are essential for the working of basic functionalities of the website. We also use third-party cookies that help us analyze and understand how you use this website. These cookies will be stored in your browser only with your consent. You also have the option to opt-out of these cookies. But opting out of some of these cookies may affect your browsing experience.
Necessary Always Enabled
Necessary cookies are absolutely essential for the website to function properly. This category only includes cookies that ensures basic functionalities and security features of the website. These cookies do not store any personal information.
Non-necessary
Any cookies that may not be particularly necessary for the website to function and is used specifically to collect user personal data via analytics, ads, other embedded contents are termed as non-necessary cookies. It is mandatory to procure user consent prior to running these cookies on your website.
SAVE & ACCEPT